Mumbai: ot entertainment, if there’s no ‘applause’ and Applause Entertainment’s maiden feature film ‘The Rapist’ received one that was nothing short of thunderous. After the success of its premium drama series’ like Criminal Justice, Rudra: The Edge of Darkness and Scam 1992, Applause Entertainment’s foray into the world of movies is off to a solid start with ‘The Rapist’ being celebrated across the globe. Directed by National Award winning filmmaker Aparna Sen and produced by Applause Entertainment in association with Quest Films Pvt. Ltd., this powerful story has been on a dream run at the biggest Indian and International film festivals.
After being celebrated across festivals including the Busan International Film Festival, London Indian Film Festival, Kolkata International Film festival, International Film festival of Kerala, ‘The Rapist’ will now be screened at the Indian Film Festival of Melbourne in August. The film has also received three nominations at IFFM including ‘Best Film’, ‘Best Director’ and ‘Best Actress. The Rapist had previously won the prestigious Kim Jiseok Award at Busan.
‘The Rapist’ is a thought-provoking examination of the anatomy of rape, the psyche of its perpetrators and the trauma experienced in its aftermath. The drama also marks the reunion of mother-daughter duo of Aparna Sen-Konkona Sen Sharma after several acclaimed films including the National Award winning, Mr. And Mrs. Iyer. 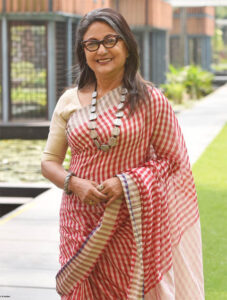 Print 🖨 PDF 📄 eBook 📱  Netflix : Celebrate India’s journey on 75 years of independence Mumbai: 75 years since India rose as an Independent republic- we have been strengthened by our diverse cultures, languages, and customs, and indomitable stories that have held our heads high! This year, rekindle the joyous emotions of victory, valour, […]

Print 🖨 PDF 📄 eBook 📱  Urvashi Rautela is being offered 20 crores as her pay-cheque for her upcoming Pan-Indian film, “The Legend’, opposite Sarvana- Check out the details now Mumbai: Urvashi is currently the talk of the town because of her appearance and making India proud at each level. She’s the most followed Asian […]