SONG DEBUTS AS NO. 1 ON BILLBOARD HOT 100 . REPLACING THEIR OWN SONG “BUTTER” ON TOP OF THE CHART

BTS is inviting the world to dance along with them to their new track, “Permission to Dance,” for the first-ever worldwide dance challenge on YouTube Shorts, following its global expansion. Starting this Friday, anyone from across the globe can create a 15-second YouTube Short right from the YouTube mobile app, replicating the core dance moves from the “Permission to Dance” music video. The dance moves for this challenge are the “International Sign” gestures that the septet was seen doing in the music video, bearing the meaning ”Joy,” “Dance” and “Peace”.”. As the “Permission to Dance” lyrics encourage listeners to move to the rhythm of their heartbeat, BTS is bringing the world together again with this special dance and inviting people to add their own style to their YouTube Shorts creations.

As part of the challenge, BTS will be spotlighting some of their favorite Shorts in a compilation video, so participants are encouraged to use hashtags #PermissiontoDance and #Shorts for their creations to be considered.* For further dance challenge inspiration, get a closer look at the “Permission to Dance” choreography by watching BTS’ latest YouTube Shorts on desktop HERE and on the mobile app HERE.

“Permission to Dance” is a song that will get everyone’s heart pumping and dancing again. We also prepared the ‘Permission to Dance Challenge’ with YouTube Shorts so please stay tuned for more,” teased BTS upon the announcement of this new engagement.

Shin Young Jae, the General Manager of BIGHIT MUSIC added, “Just as “Permission to Dance” sends the message that you don’t have to ask anyone for permission to dance, we hope that we can bring people all over the world together to dance along with us, free of any limits or constraint. We are very excited to watch this challenge come to life on YouTube Shorts and can’t wait to see what you all create.”

“BTS are global icons,” says Lyor Cohen, YouTube’s Global Head of Music. “Breaking record after record on YouTube, BTS’ immense contribution to the world of music has made them an undeniable force. We are humbled to be partnering with them on the Permission to Dance challenge on YouTube Shorts, helping to spread happiness and build lasting connections amongst their fans on YouTube across the globe. We are stoked to see the ARMY dance!”

“Permission to Dance” is BTS’ latest single to top the Billboard Hot 100, replacing their own song “Butter” at the summit. The song marks BTS’ fifth No. 1 in a span of 10 months and two weeks, making them the fastest to accumulate five leaders since Michael Jackson in 1987-88. This week, BTS also topped YouTube’s Global Top Artists Chart and YouTube’s Global Top Songs Chart with “Permission to Dance”.

Just last week, BTS made its television debut performance of “Permission to Dance” on The Tonight Show Starring Jimmy Fallon. BTS Premiered the official music video for “Permission to Dance” just over a week ago, earning over 170 million views on YouTube to date. The video’s debut landed the record-breaking group their 5th slot on YouTube’s top 10, all-time biggest 24-hour music debut list, with the band now owning 50% of the spots, including #1 for “Butter” and #2 for “Dynamite.” “Butter” also owns the record for biggest music video Premiere of all time, with 3.9 million peak concurrents and held the top slot on YouTube’s Global Top Songs chart for seven straight weeks.

Globally, BTS is amongst the top 5 most-viewed artists on YouTube so far this year; and in the past 12 months, it has earned over 10 billion views on the platform. With 54 million subscribers on its Official Artist Channel, they are the third most-subscribed artist on YouTube. BTS has joined YouTube’s coveted billion views club on three different occasions with its hits “DNA,” “Boy With Luv,” and most recently “Dynamite.”

Get ready to dance this Friday, July 23, and stay tuned for more information on the Permission to Dance challenge on YouTube Shorts!

About BTS
BTS, an acronym of Bangtan Sonyeondan or “Beyond the Scene,” is a GRAMMY-nominated South Korean group that has been capturing the hearts of millions of fans globally since its debut in June 2013. The members of BTS are RM, Jin, SUGA, j-hope, Jimin, V, and Jung Kook. Gaining recognition for their authentic and self-produced music, top-notch performances, and the way they interact with their fans, BTS has established themselves as 21st century pop icons breaking countless world records. While imparting a positive influence through activities such as the LOVE MYSELF campaign and the UN ‘Speak Yourself’ speech, the band has mobilized millions of fans across the world (named ARMY), collected four No.1 Billboard Hot 100 singles in only 9 months, performed multiple sold-out stadium shows across the world, and been named TIME’s Entertainer of the Year 2020. BTS has been nominated for Best Pop Duo/Group Performance for the 63rd GRAMMY Awards and recognized with numerous prestigious awards like the Billboard Music Awards, American Music Awards and MTV Video Music Awards.

About YouTube Shorts
YouTube Shorts is a way for anyone to connect with a new audience using just a smartphone and the Shorts camera in the YouTube mobile app. YouTube’s Shorts creation tools makes it easy to create short-form videos that are up to 60 seconds long with our multi-segment camera. To learn more about how to create a YouTube Short see here.

For music specifically, we’ve worked alongside our partners to make sure artists and creators have a large library of songs to use in their Shorts. We currently have millions of songs and music catalogs from over 330 labels and publishers, including Universal Music Group and Universal Music Publishing Group, Sony Music Entertainment and Sony Music Publishing, Warner Music Group and Warner Chappell Music, Believe, Merlin, 300 Entertainment, Kobalt, Beggars, CD Baby, Empire, Peer, Reservoir, OneRPM and more represented. As we continue our global expansion, the library and number of partners will continue to grow.

*Posting a Short does not guarantee selection. Your Short will not be used in this manner without your permission*

Print 🖨 PDF 📄 eBook 📱  Enjoy this fun heartwarming family entertainers only on Disney+ Hotstar Mumbai: Family time is one that we treasure the most, especially in these unprecedented times – nothing better than the entire household wrapped together in one blanket with a large bucket of popcorn! Well, look no further, Disney+ Hotstar […] 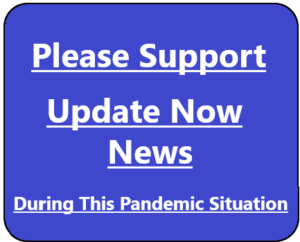