• India is home to 17.6% of the world’s population but has only 4% of the world’s freshwater resources (Source – Composite Water Management Index; Independent Evaluation Group | World Bank)
• The extraction of groundwater has been on the rise for decades; about 17% of groundwater blocks are overexploited (Source – Independent Evaluation Group | World Bank)
• In some regions, such as parts of South Asia, groundwater is contaminated and notably with arsenic and fluoride. (Source – British Geological Survey and WaterAid)
• The 16th Bihar Economic Survey Report 2021-22 stated that there is significant contamination of groundwater in rural areas in 31 of the 38 districts in Bihar 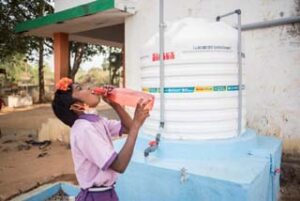