With the participation of state, national and international stakeholders, MP Fisheries Workshop 2022 organised in Indore to promote marketing, branding and export in the field of fisheries.

A large number of fish producers, fishermen and fish sellers took part, including representatives from 5 countries and eight states. 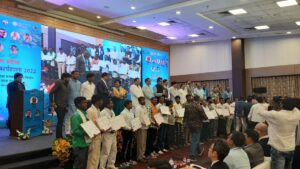